What Should You Do if  Under Investigation or Arrested for a Federal Crime?

This is a big question of a lot of people's mind because they're in a panic.  A lot of times the Federal Bureau of Investigation (FBI), Drug Enforcement Agency (DEA), Department of Homeland Security (DHS), or Secret Service will come to someone's house, knock on the door to execute a search warrant or they're there to arrest somebody or to do both.  Now, if you find yourself on the end of being arrested or you're the loved one trying to find an attorney real quick for the person who has been arrested, it's not easy.

One interesting thing about the federal prosecutors, especially in Los Angeles which is where my practice is based out of, although I've been all over the country, they get the person into court pretty quickly.  In fact, a lot of times they'll come early in the morning, arrest the person and then they're going to try to get that person in court for the 2:00 calendar down at the Roybal Building, 255 East Temple Street in downtown Los Angeles, so you have to move quick to get an attorney.

Types of Federal Offenses We Defend

If you are under investigation or already charged with a federal crime, these cases are far different that a State criminal case and your freedom is at stake. Federal prosecutors have almost unlimited resources and you will need a federal criminal defense lawyer who has the experience handing cases in a federal court. Our law firm has a track record of success and has represented clients who were charged with all types of federal crimes including:

How to Defend A Federal Criminal Charge? - Defense Strategies For Superior Results

Federal prosecutors have the resources and support staff necessary to build a strong case with the focus on securing a conviction. Judges who preside in federal courts are lifetime appointments and their court dockets are not typically overloaded with too many cases like most state judges are required to handle.

Federal criminal investigations are handled quite differently than criminal cases in state courts. The various federal law enforcement agencies responsible for the investigation of federal crimes are typically well-funded and have highly experienced agents and investigators.

Another major difference is the fact that federal crimes carry a more severe sentence than a state crime. This is especially true in conspiracy cases, child pornography, and other sex crime cases that are prosecuted in federal court.

Getting Released on Bail for Federal Crimes

Here's why it's so important to get an attorney.  Your loved on is in custody and charged with a federal crime.  One of the first things they're going to do is figure out whether or not they're going to let your loved on go.  If they don't let him go then they're going to be detained.  Now there are motions that can be filed after to try to get them out, but you really want to take your best first run during that initial appearance for a lot of reasons.

Number one, obviously nobody wants to sit in custody while they're waiting to get an opportunity to be heard on bail.  So, once they get you in there you have to be ready to go and make sure that you put your best argument forth.  I think the best way to do is to get an attorney who has been down this road before and who knows exactly how to make the right arguments.

Arguments for Release From Federal Custody

So, if you get an arrested get an attorney right away.  I'm usually available to talk to you over the phone or in person  depending on what type of a time frame we have and I can get working on it pretty quickly. I can contact pre-trial services, talk to your loved one, try to make a pretty good argument to get them out and then at the same after that arrest, to go into court, a lot of times you're going to get assigned your judge.

We're going to argue what the potential release should be and they'll be that report that's done by pre-trial services, and they will recommend whether or not they think the person should get out or not.  I mean, that's huge.

If they recommend that the person should get and you have a good argument you've got an upper-hand in trying to get out, even if the prosecutors object to it. If the prosecutors agree to it, you're in a pretty strong position to get out.  The government has a lot of authority when it comes to these matters because they're the ones doing the arresting and the filing of the case.

So, once you get your attorney and get everything lined out to bail out, the next step is going to be figuring out who the judge is, how strong the evidence is against the person being charged and exactly what the strategy is that's going to be employed in order to get the best possible result in the case.

Story Behind Our Criminal Defense Law Firm in Los Angeles

I began my legal mission to become the best criminal defense attorney in Los Angeles over 25 years ago. Immediately upon passing the California bar exam I opened up my own private criminal defense practice. I had the background of working for the Los Angeles County District Attorney's Office (which gave me an idea from the prosecutor's side of how they investigated and prosecuted cases).

At that time, in the early 1990's Ira Reiner lost the position of District Attorney of Los Angeles County to Gil Garcetti, whose son is now the Mayor of Los Angeles. It was interesting to see the political upheaval that followed when Mr. Garcetti took office and the lead up to Ira Reiner's defeat.

I also worked for a Los Angeles Superior Court judge as his research attorney in 1992 (which gave me a great prospective on how a judge decides a case and what will really matter to them in making their decisions. I basically strategized with the judge before he made his legal rulings.

This behind the scenes look at the inner workings of the DA's Office and the process of how a judge decides cases has served me well since the first time that I appeared in court to present day. I entered the practice of criminal defense with an eye towards how I could become the best. I took every case I could get my hands on and did not really care how much the client paid me. Ijust wanted the experience and the opportunity to truly test my skills.

If the client wanted to go to trial, I reveled in the chance to destroy the prosecutor's case and win for my clients. Over the years I have litigated many serious murder cases, complex federal crimes and just about every case you can imagine. I have represented people from every walk of life, doctors, lawyers, police officers, actors, athletes, the list goes on and on. Because I was a top level debater in college and law school I have had a huge advantage over the prosecutors and racked up many impressive wins.

Today, I still love what I do and enjoy the battle of a great trial. If you want to read more of my story, please pick up a copy of my book…”The Art of the Perfect Defense.” It is my effort to help someone that is in trouble and looking for answers to their questions.

Providing Clients With The Justice They Deserve

The practice of criminal defense and specifically federal sex crime defense in Los Angeles has many different elements to it. Some cases must be litigated to the fullest extent to give your client the justice they deserve.

Others must be negotiated in a political landscape that can be quite treacherous for the faint of heart attorneys that do not have the battle tested experience to properly defend their clients for a sex crime case in Los Angeles County.

Many times the prosecutor that you are dealing with does not have the authority to settle a case, and the defense attorney must know who to talk to in order to achieve a fair resolution for their client.

There are so many different facets of a sex crime case, that you are best served by meeting face to face with the attorney you are considering hiring and coming with a list of questions that get down to what you are going to need to know in order to choose someone that will protect your rights, freedom and reputation.

The statutes governing federal crimes are often complex. This means your your federal criminal lawyer must have a clear understanding of these federal laws and able to use them to prepare an effective defense strategy.

Our top-rated federal criminal defense attorneys have extensive experience handling federal cases in California and throughout the United States.  We routinely appear in the Central District of California Courts in Los Angeles, and are familiar with local federal prosecutor and judges.

Our Nationwide federal criminal lawyers are highly experienced and skilled courtroom negotiators.  Our extensive background give us the critical tools needed to provide you with superior legal representation. We can either negotiate a plea settlement with the prosecutor or represent you at trial.

We are very familiar with the federal criminal justice system, judges, and prosecutors, which gives us a distinct advantage in obtaining the best possible outcome on your case. We may be able to negotiate with the prosecutor for a reduced charge, lower sentence, or even a case dismissal. Contact us for a free case evaluation at (213) 542-0994. 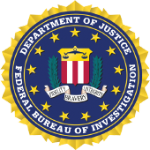 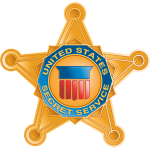 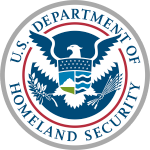 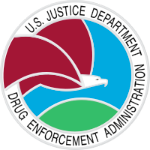 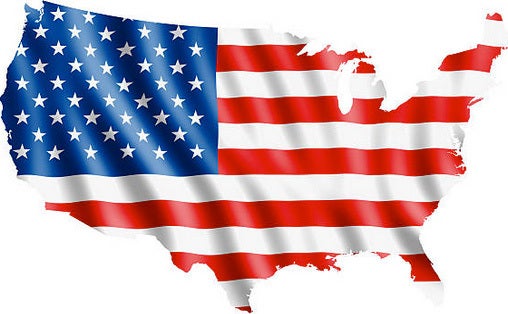 We serve all 50 states

Hedding Law Firm Is Here for You 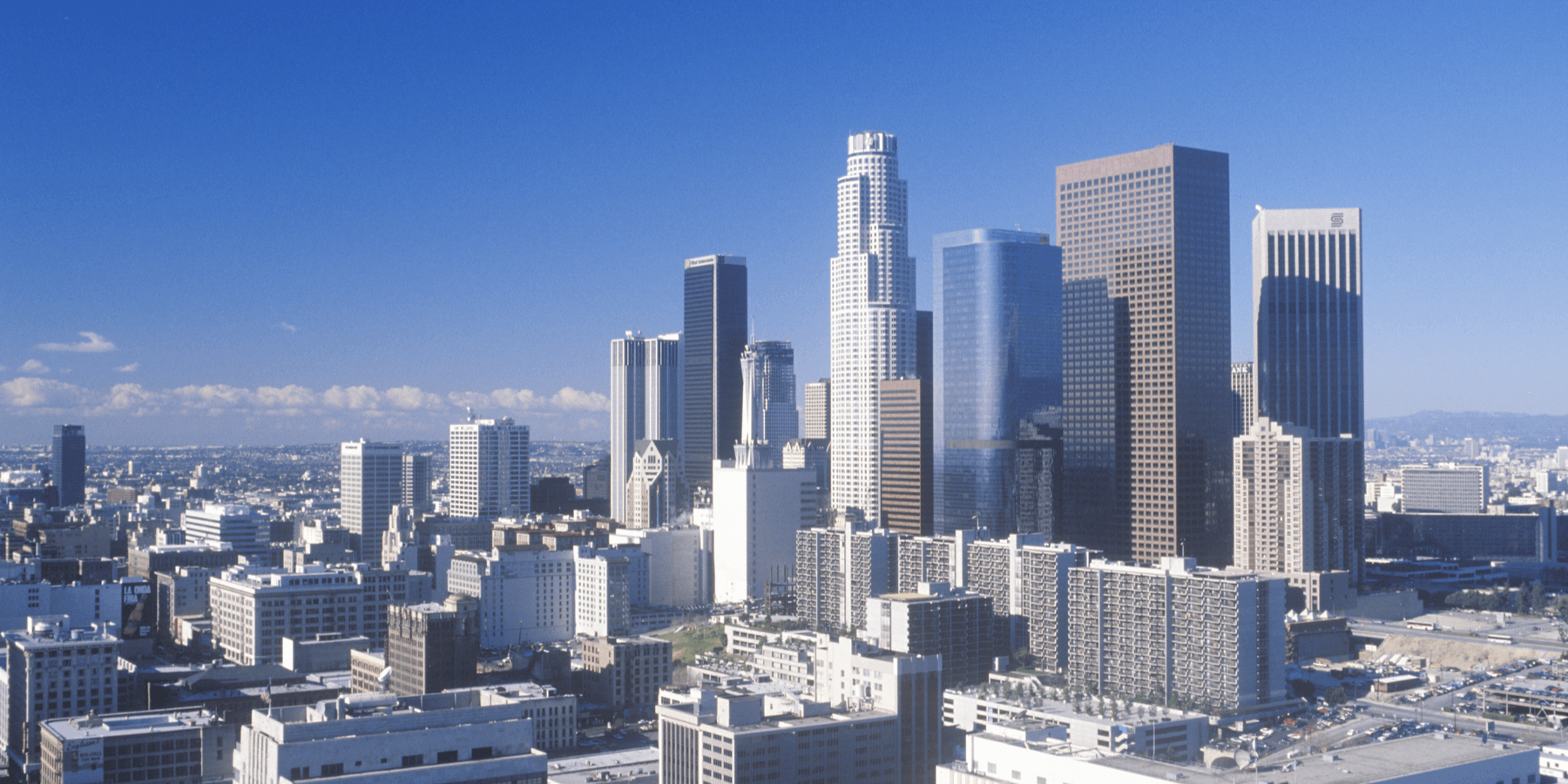 At Hedding Law Firm, we focus on Federal Criminal Defense and we are here to listen to you and help you navigate the legal system. 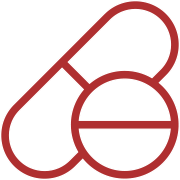 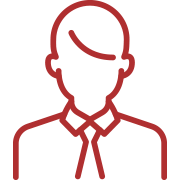 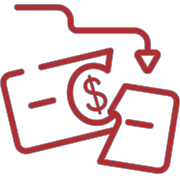 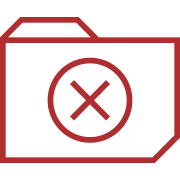 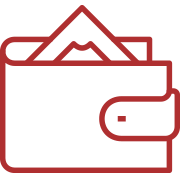 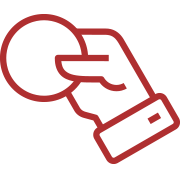 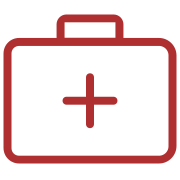 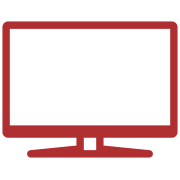 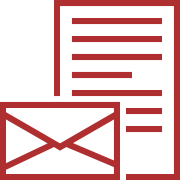 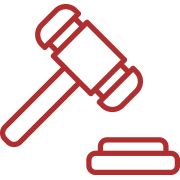 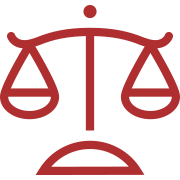 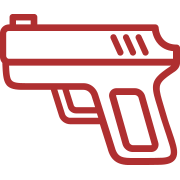