They either wait until they're in a public place where no one's around and forcibly take the jewelry, but more often what I've seen in these federal follow jewelry cases, is that they wait until the person leaves the jewelry somewhere, like in their car or some other location, then they come along and break the car window and take the jewelry.

Sometimes this can be hundreds of thousands of dollar's' worth of jewelry, so you're talking about a number of people being involved.  It's usually not just one defendant.

So, if you or a loved one is charged with one of these robbery cases at the federal level and it has to do with following jewelers around, I have a lot of experience with these cases and know how to defend them and know how to mitigate them if the government actually has the evidence against you or your loved one.

There's a lot of things they use to try to catch people who are involved in these more sophisticated crimes because usually a robbery case is going to be prosecuted at the state level, not the federal level. 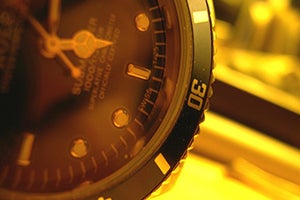 But when it comes to sophistication — where people are following other people around — and a lot of times they're not even doing anything until the third, fourth, fifth follow-around.  The state doesn't have the manpower to be able to waste all that time in surveillance trying to catch people doing that.

The feds are following people around for long periods of time.  It's more than one person.  There's multiple people involved in a conspiracy and each person has their own little job in the conspiracy.  A lot of times the feds will get warrants and do different things where the put trackers on the person's car to be able to monitor them and follow them around.

The state and the police do not typically have the ability to do this because a lot of the state detectives are working 9-5 jobs Monday through Thursday.  They're not going to work on the weekends.

They're not going to work at night and a lot of times they just don't have resources to be able to follow somebody around for hours and hours who might not be doing anything for a significant part of the time.

Whereas, the FBI a lot of times can dedicate a team of agents who can follow these people around who are robbing jewelers either by force in person or waiting until they leave the jewelry in a position where they can get them.

Use of Diversion to Commit Robbery

Another thing I've seen them do is, they will come along, pop all of the person's tires and somehow use that diversion in order to take the jewelry away from the person.  So, they can follow this person around for many days before they actually make their move and take the person's property.

Because for them it's worth the time and effort — the robbers — because of the huge reward on the back end.  It's one thing if all you're getting is a few hundred dollars or a few thousand dollars.  These people can get hundreds of thousands of dollars if they pick the right target to follow around and the right jewelry that's involved.

Another thing I've seen them do is, follow people out of banks, looking for people making large cash withdrawals and then obviously attacking the person or picking an opportune time to be able to get the money.

These crews that are following people around using surveillance and counter-surveillance and targeting jewelers in the downtown Los Angeles area — and all over the country for that matter — I've seen them follow people from San Francisco, Orange County, Los Angeles — and they're obviously more sophisticated criminals.

They're more patient.  Basically, these type of criminals who are following home robbery-type scenarios with jewelry are the type of criminals that all they do is crime.  In other words, they don't have a regular job like some criminals do and just do crime on the side.  They're full-time job is criminal activity.

Mitigation and Plea Agreement in a Federal criminal Case

So, if you or a loved one is being accused of doing this then we have to figure out what evidence they have against you and whether this is a case that we're going to mitigate by way of some sort of resolution and negotiation and getting a plea agreement from the government, or if it's a case where they don't have the evidence against you.  Sometimes they don't.

They charge these big conspiracy cases when it comes to these follow around jewelry robbery cases at the federal level and sometimes some of the defendants they don't really have much evidence against.  They think they're involved.

One of the biggest things is, a lot of times I see in these big conspiracies, they don't even have the person doing the actual robbery.  They've got people that are just following another person around, allegedly, or doing some aspect of the robbery, but they're not even involved in taking the property and they're trying to charge that person with robbery.

So, sometimes you can mount a defense as it relates to this.  You obviously have to look at the totality of the circumstances, all the evidence that the feds have — their surveillance videos, pictures — sometimes they have people making statements and saying stuff against their co-conspirators involved in these big robbery cases.

So, you have to look at everything before you make your decision on exactly how you're going to handle your case.  I've been doing this for 26 years and can negotiate through pre-filing in a federal criminal case.  I stand at the ready.  If you or a loved one is arrested for one of these cases and looking at federal charges, pick up the phone, make the call.  I'm ready to help.