This involves any time an individual is committing a crime that could be a federal crime by way of using a computer, they are probably going to be charged under Section 1030 of the United State Codes – “Fraud and related activity in connection with computers.”

Computer hacking typically refers to the act of gaining unauthorized access to a computer system to steal or alter the data. Internet crimes like theft often involve hacking a computer to get access to a private network of a business or organization.

Computer hacking and closely related internet crimes frequently cross state lines because the computers are in different states, which means these type of fraud related crime are prosecuted in a federal court.

In other words, “computer hacking” is illegally using a computer in an attempt to access another computer without authorization to commit a fraud crime, or cause some type of harm.

A federal crime of computer hacking is typically prosecuted under the Computer Fraud and Abuse Act. The provisions under 18 U.S.C. § 1030 include several different types of computer crimes, which makes this a commonly used statute by federal prosecutors. 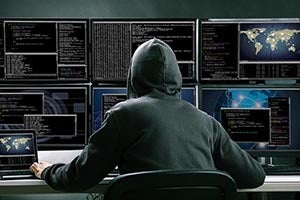 In many federal cases of computer hacking, it involves the unlawful access to a U.S. government, business or personal computer, when there is an intent to cause harm, commit fraud, or obtain anything of value. It should be noted, however, most computer hacking cases are prosecuted in a state criminal court.

For example, let's say an employee of a company uses their computer at work to get access to confidential personal information on their customers, and then uses that information to commit identity theft or other type of fraud crime. In this scenario, the employee could face charges of 18 U.S.C. § 1030 computer hacking.

It should be noted that violating a federal law on computer hacking could occur in many different ways. For example, sending an email with a malicious virus with intent to get access to a computer.

You don't have to actually complete the process of illegally hacking of a computer in order to be charged with federal computer hacking. In other words, just the attempt is sufficient to be charged under the 18 U.S.C. § 1030 statute.

There are all sorts of different offenses that can be committed by way of a computer.  I'm usually seeing it where there's a fraudulent activity — whether it be with a bank or some other computer-related offense and then the person is going to be charged under Section 1030 of the U.S. Code and the Assistant United States Attorney is going to prosecute their case.

There can also be enhancements depending on how much money is actually taken by the person — versus hundreds, versus thousands, versus millions of dollars.  That's going to be a big difference in exactly how that person is prosecuted, what they're prosecuted for and how much time they end up serving in federal custody.

To give readers more useful information about federal computer hacking laws, our federal criminal defense lawyers are providing an outline below.

Under 18 U.S.C. § 1030, it list many different federal statutes that might apply to the prosecution of a cybercrime across the United States. However, a federal prosecutor will typically use specific statutes to pursue criminal charges for a computer related offense.

However, in federal computer hacking cases, prosecutor will normally pursue charges under 18 U.S.C. § 1030 because it covers many different types activity of what could be considered an illegal computer crime. As noted, this law makes federal crime to gain access to a protected computer without consent when the intent if commit any type of fraud crime, or to cause harm.

In most federal computer hacking cases, it includes a situation when somebody has been accused of hacking into a government computer, or hacking into computer to steal something of value.

It also includes hacking into someone's personal or business computer in order to commit identity theft or get their financial information, or even hacking in order to destroy files or to cause damage to the computer system.

In most 18 U.S.C. § 1030 criminal prosecutions described under the computer Fraud and Abuse Act, the illegal conduct will involve a specific type of behavior.  The most common include:

Federal prosecutors will pursue criminal charges for a violation of computer hacking laws against any person who just making an attempt, or who is involved in a conspiracy to engage in computer hacking.

The Computer Fraud and Abuse Act (CFAA), enacted in 1986, was initially designed to protect government computers. However, this statute was expanded in order to prosecute any person who was accused illegally accessing business, protected, or personal computers.

To be criminal charged with federal computer hacking, somebody must access a “protected computer” without authorization to do so, or exceeded their authorization by improperly using the computer.

Anyone facing federal criminal charges under 18 U.S.C. § 1030 computer hacking laws, might also face separate, but related, federal charges of any of the following.

Also, there are also “cyberstalking” laws that prohibit using a computer to harass or makes threats to another person.

There's certain mandatory minimums.  If you take enough money using a computer, you could end up in prison for a minimum of two, five or ten years.  These are all things that can be charged against individuals who are using computers to commit crimes.

Federal computer hacking charges under 18 U.S.C. § 1030 could be filed as either a misdemeanor or felony offense. The federal prosecutor will typically make this decision based on the circumstances, motivation for the illegal conduct, and severity of harm caused.

If you only made the attempt to access a protected computer, the case will normally be filed as a misdemeanor crime.

In a situation where you actually hacked a computer for financial gain, to commit another crime, or to get information with a total value over $5,000, the case will be filed as a felony case.

If you are convicted of a 18 U.S.C. § 1030 computer hacking as a felony, the penalties include up to 10 years in a federal prison, and a $10,000 fine. It should be noted there are certain enhancements increasing the penalties. For example, if the computer hacking was done with the intent to commit another crime, such as identity theft or credit card fraud.

The reasons there are extra enhancements related to computers has to do with sophistication — has to do with people taking advance of using computers.  It also makes it a lot more complex and a lot more difficult for the federal government to actually prosecute these cases when computers are involved because they need experts.  It takes time.  A lot of times things can be masked or cloaked by using a computer, plus more damage can be done when a computer is being used to commit a federal crimes, especially in one of these fraud-related offenses.

Sometimes it takes months and even years for the feds to figure it out.  They have to expend significant resources, put a lot of manpower on some of these computer crimes that are occurring across the country, and therefore, these crimes are punished harshly.  People are smacked with huge fines.

They're looking at multiple years in prison and all kinds of restrictions.  Once they get out, they'll be put on supervised release.  A federal probation officer will keep an eye on them and they are going to make sure that these people are seriously prosecuted.

So, if you have a federal computer fraud-related offense and are being prosecuted pursuant to U.S.C. Section 1030, give me a call.  I've been doing this for twenty-five years.  I've had a lot of success at keeping people out of federal prison and getting these cases resolved in the best possible manner.

The burden of proof is the responsibility of the federal prosecutor. They must be able to prove all the elements of the crime, beyond any reasonable doubt. In an 18 U.S.C. § 1030 federal computer hacking case, the crucial factors for a prosecutor is to show that you knowingly and intentionally hacked a computer.

Thus, we might be able to make a reasonable argument that you didn't intentionally access the computer without authorization, or that the access of the computer didn't rise to the level of hacking.

Computer related crimes are broad and require extensive proof as to access to the computer terminal and who was the responsible party. If you are facing charges that involve computer crime, as your federal criminal lawyer, we will develop the best defenses to assert on your behalf and make every effort to get you favorable results.

The computer may be the source of the crime or may be used as a tool to commit another crime. In either case, a federal attorney is essential and makes a difference on the outcome of your case. Our lawyers have the necessary skill, experience, and knowledge to represent you with all competence and diligence to get you the best results possible.

Most of the evidence for a computer crimes derive from hard drives, emails, history, but by asserting defenses in your favor, we may be able to prove that other people have used the computer or the information may have been implanted into the hard drive from another location; the defenses are available and as your federal lawyer, our job is to see what defenses apply to you and then after strongly and persistently assert them on your behalf.

Computer crimes are considered both property and privacy offense and the Feds will do all they can to charge you with whatever they can. Our federal defense attorneys will take on your case full force and have any charges that do not have sufficient evidence dismissed. We will do everything we can to get you the best possible results.

If you are facing federal computer crimes contact the experienced Los Angeles federal criminal defense lawyers at the Hedding Law Firm and set up a free face to face consultation.