The vast majority of credit card fraud cases are prosecuted under state laws, but under certain circumstances, it could be charged as a federal crime under 18 U.S.C. § 1029.

Any type of unauthorized use of a credit card could be prosecuted as credit card fraud, but the methods and amount of loss will usually determine how the case will be handled. 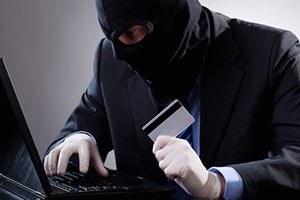 Credit card fraud occurs in many ways and there are numerous federal statutes used by prosecutors to charge someone for violating federal credit card laws. As technology continues to advance, there has been an increase in the number of credit card phishing or skimming schemes.

Common examples of credit card fraud include identity theft to get credit cards in another person's name, use of stolen credit card information, using skimmers on an ATM, submitting fake applications for credit cards, and creating fraudulent credit cards.

Today, the use of advanced technology to commit credit card fraud has risen sharply, such as intercepting credit card transactions over unsecured networks.

Other ways include the use of hacking devices installed on online retailer websites, sending “phishing” emails to card owners, and creating fake websites for people to submit their credit card information.

In the more advanced and severe cases, some fraudsters have obtained access to credit card databases through computer hacking. Our federal criminal defense lawyers will review this topic further below.

How is Credit Card Fraud Connected to Access Devices?

Federal prosecutors formally charge someone in credit card cases with 18 U.S.C. § 1029, describing fraud in connection with access devices.  Under this law, it's a felony to use or traffic in counterfeit access devices, including credit cards, debit cards, and gift cards. 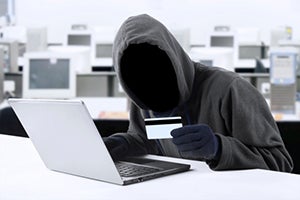 Federal credit card fraud is also called access device fraud. Under 18 U.S.C. § 1029, it's a federal offense to knowingly, with intent to defraud, any of the following:

A federal statute sometimes used to prosecute credit card fraud cases is 18 U.S.C 1028A, aggravated identity theft. Under identity theft laws, it's a felony offense to use, transfer, or possess by any means the identification of another person.

What Are the Related Federal Crimes?

How Does a Federal Judge Decide the Penalties?

There are a lot of federal credit card schemes going on taking various forms in today's society.  One big one is where people are getting information about other people, either alive or dead, creating credit cards and then using those credit cards to go to ATMs to withdraw thousands of dollars worth of money.

Maybe they even catch the person with fraudulent credit cards or fraudulent information from another person, and then they're in a position where the person is arrested.  They're charged with a federal crime.  They're trying to get bonded out, and their family is trying to help them. 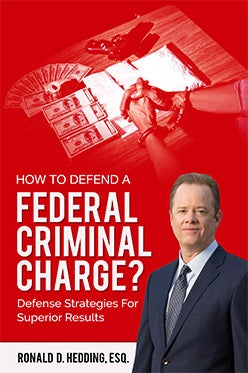 So, if it's you that's in trouble, or you're trying to help one of your loved ones who is involved in a federal credit card scheme, let me give you an idea of how the judge is going to decide how much time in custody the person is going to get.

One of the most significant factors is the amount of loss to an entity or an individual.  Usually, in these credit card schemes, banks are being defrauded out of money, and therefore, the federal government will look at how much money the bank lost.  The more money they fail, the more time the person would get.

When stolen, specific amounts of money trigger points on a person's criminal profile in the federal sentencing guidelines. Then, that person will be looking at a certain amount of time based on loss.

The federal government can also look at the intended loss.  You had 20 credit cards, and you could charge a million dollars on those cards.  They're going to try to use that against you, especially if they don't have any actual loss, then they try to go after the intended loss to give you federal criminal time.

Another way a judge evaluates how much time they're going to give you is what your criminal record looks like.  If you have any criminal history points, you will be facing a more significant amount of time in federal prison.  The last the illegal history points, the more time you're looking at a federal criminal case.

Also, when it comes to these credit card schemes at the federal level, the judge will look at the sophistication level involved in what you also did and whether you sat in a position of trust.  In other words, if you're an employee of a huge corporation and you're diverting thousands of dollars by way of credit cards or stealing credit information, that's going to be a factor that the judge is going to look at.

They're going to look at how sophisticated it was. The final piece of the puzzle when you talk about these federal scams is whether the person is willing to cooperate with the federal government to get time served off their sentence.

If you cooperate with the feds — you help catch other people — maybe you're a small player, and there are other higher-ups — that's a vital sentencing factor for the judge.

How Can You Fight Federal Credit Card Fraud Charges?

Your attorney can argue that you are a minor player, therefore, get points shaved off your sentence.  You can also contact a 5K departure where the government agrees that you gave them substantial assistance, and now you're in a position to get the lowest sentence possible.

Perhaps you didn't have a specific intent to defraud, or you were given stolen gift cards as a present, but unaware they were stolen. To obtain a conviction, a prosecutor must prove you acted knowingly, willingly, and with an intent to defraud.

Pick up the phone if you or a loved one is charged with a federal credit card scheme fraud case.  Ask for a meeting with Ron Hedding.  I've been doing this for nearly 30 years.  I stand at the ready to help you.

The Hedding Law Firm is a top-rated criminal defense law firm representing clients nationwide against any federal crime. We are located in Los Angeles County and offer a free case evaluation.