Does The Judge Have Any Input Into A Federal A Plea Agreement?

Where the judges' power is in a federal case is at the sentencing. The judges have complete discretion, tempered by the sentencing guidelines. Prosecutors are the ones who control what the charges are that are filed against the defendant.

Judges don't usually interfere with the charges or with a plea agreement, unless they believe it is unfair. In that case, the plea would either have to be changed or the case would have to go to trial.

Are Plea Bargains Available In All Federal Cases?

Typically, with someone who has got federal charges against them, their case is set for trial and there are limited ways to resolve that case. You can either enter into a plea bargain with the federal government, plead open to the court and let the court decide what the sentencing is, plead guilty to all the charges, or take the case to a jury trial and let the jury decide.

Another possibility would be to do a court trial and let the judge decide whether or not a particular defendant is guilty or not guilty. Most cases are being resolved by way of a plea bargain between the government and the defense. 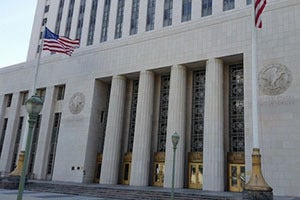 Once you make your initial appearance in court, the bail/bond issue is dealt with, and you're assigned to your judge for all purposes for the case, that judge is going to have certain rules.

Those rules are probably going to dictate the time limit. If the case is set for trial within 30 days and that trial date is approaching, the government is going to set the parameters in order to have time to prepare for the trial.

Sometimes, these cases are gigantic with thousands of pages of discovery. In that case, the government and the court are going to have to give the defense enough time to review everything and go over it with their client, so they can decide what moves they're going to make. Usually, it is the government who offers a plea bargain and sets the timetable.

What Constitutional Rights Am I Giving Up By Accepting The Plea Offer?

You have the right, in a federal case, to take the case to trial and have a jury. That is the biggest right that you're giving up, if you accept some sort of a plea bargain. Beyond that, you have a whole host of constitutional rights that they're going to want you to give up.

Why Should I Hire A Federal Defense Attorney If I Plan to Plead Guilty?

Deciding whether to file any motions is also something you want to discuss with a criminal defense attorney. Your attorney is going to be entitled to submit a sentencing memorandum on your behalf.

The attorney is the one who is going to be your champion and argue the federal sentencing guidelines. You're up against a government that has a skilled attorney, whose job it is to try to punish you, and you're not going to agree with the punishment they want to give you. The only person standing between you and that punishment is your criminal defense attorney.