One of the big stings about all the drug laws that were changed and passed in the 1980s during the Regan administration had to do with 10-year mandatory minimums being placed on some drug offenses.

Really what they're looking at is the type of drug that's being sold, trafficked, transported for purposes of sale. Then, depending on what type of drug it is, they put a certain weight on each drug.

If it meets that weight and they can prove that you or any of your individuals associated with you are conspiring to traffic drugs and it meets a certain weight, then they can add a 10-year mandatory minimum sentence in reference to any federal criminal prosecution.

Obviously, nobody wants to serve 10 years in federal prison at 85%, so one big thing that I've spent over 25 years doing is trying to beat the 10-year mandatory minimum.  The way that we do that is by a number of different ways.

First off, there's something called a safety valve, which basically allows certain individuals to get below a 10-year mandatory minimum sentence in a federal criminal drug case if they can meet certain factors. 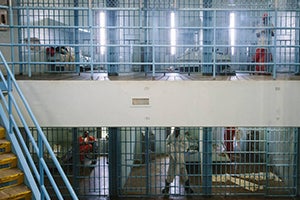 They have to give a full accounting and the government can obviously approve and indicate that they were truthful to them based on the information investigation they have.

What tends to happen, and I've been doing this a long time in those circumstances, is that the government will try to sneak questions in in order to catch the person and make them give information on other people.

Sometimes it's very difficult to avoid giving information on other people when you tell the story about yourself, especially if you dealt with other people during the drug conspiracy.

So, it's up to you and me to sit down and talk about what types of questions the government might ask you, what types of answers you might have.  So, to get this safety valve is important and that is one of the requirements.  Also, you can't be a leader organizer.

If you're the one that's in charge of the entire conspiracy and you're the one that set everything up, you're going to have a real difficult time getting that safety valve and you probably will be looking at the 10-year mandatory minimum if the government can prove the case against you.

Jury Trial vs. Cooperation with Prosecutor

Unfortunately, a lot of times the government has good evidence against people if they arrest them, so you don't always have this option to go to trial, but that's certainly a way to beat the 10-year mandatory minimum.

Probably the next way to beat the minimum is to cooperate with the government.  The government can give you what's called a 5K departure where they basically ask the judge to allow you to go below the 10-year mandatory minimum.  That would, of course, be based on cooperation.

You'd have to sit down with the government with your attorney.  What they would be aiming to do is have you talk about your own culpability — your own responsibility in the crime.

If you can give enough cooperation, then you can get what's called the 5K departure which does a couple of things for you.  Number one, it allows you to go below the 10-year mandatory minimum.

Your attorney could argue to the judge that you should get less than the 10 years, and obviously it would depend on a number of other factors, whether how low your sentence would actually.

So, there's a number of ways to beat the 10-year mandatory minimum in a federal drug conspiracy.  You've got to sit down with somebody like me who's been doing this for 26 years.  We'll look at your entire case and we'll make the appropriate moves so you can get the lowest possible sentence.