Avoid a Mandatory Minimum Sentence in a Federal Drug Case

More and more I'm seeing prosecutors filing big federal drug cases where people are looking at 10 years in the federal prison, at minimum, at 85%, especially in cases involving Fentanyl.

I  say big drug cases because when you're looking at 10 plus years, that's big to somebody in their life and their future.  Nobody wants to get that 10-year mandatory minimum, so I talk here a little bit about how to avoid that. 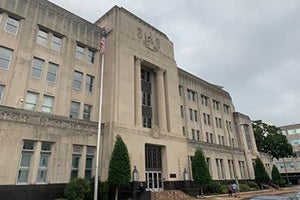 One way to avoid the 10-year mandatory minimum on federal drug cases is to try and get the “safety valve,” where you have no criminal record.

So, the way that you avoid the 10-year mandatory minimum, number one would be is to try to get what's called “the safety valve,” where you have no criminal record.

You're not a major player in the drug transaction that you're arrested for.  You have to sit down with the government and at least give the information about yourself.

There's a number of different things that are required to get the safety valve.  But if you can get it then your attorney can argue that the judge can below the 10-year mandatory minimum.

Also, if it's granted, you will be given an additional two levels off your offense level, and that's very helpful in some of these big drug cases.

There's obviously other things you want to look at, like whether or not you played a minor role in the crime. That's another area to avoid the 10-year mandatory minimum, and that's giving what's called cooperation of the government.

It means to give them information about:

These are ways to avoid that 10-year mandatory minimum, because what they will do is, the government will give you what's called a 5K departure.

This means if they grant that, the judge is able to go below the 10-year mandatory minimum and then the government will typically, at sentencing, make a recommendation as to what they think the sentence should be. 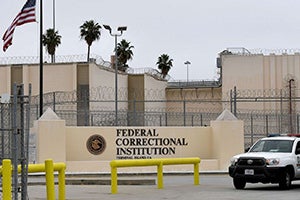 We will prepare a sentencing memorandum to try to get you the lowest possible sentence by using the Federal Sentencing Guidelines to your advantage.

The probation department will weigh-in as well with the report and recommendation as to what they think the sentence should be, and finally, your defense lawyer will file his or her own sentencing memorandum to try to:

You would also be entitled to make a statement at any federal sentencing.  Obviously, that's something you want to do after consulting with your attorney.

I've been doing this for 26 years now.  I've handled federal cases all over the nation.

I know what it takes to get below that 10-year mandatory minimum.

I'll give it to you straight.  Pick up the phone.  Ask for a meeting with Ron Hedding and I'll do everything I can to help you.