What Are the Best Defense Strategies for Federal Drug Cases?

If you are facing a drug charge in a federal criminal court, It's essential to understand the best defense strategies for fighting the case. Believe it or not, most cases filed in federal court at the criminal level are drug cases. 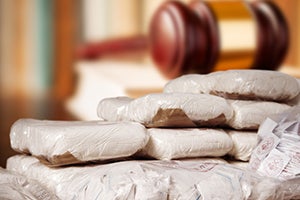 They certainly file other charges, but for whatever reason, they've decided they will tackle significant drug cases involving gangs, involving people making a lot of money moving drugs. So hence, you have to come up with strategies on how to fight these cases.

Depending on the quantity and type of narcotics involved, prosecutions can file serious charges, potentially exposing the defendant to lengthy prison sentences.

While general principles of criminal and constitutional law apply equally to all drug cases, certain factors are critical. First, distinguishing between a trafficking, transportation, or sales case and a simple possession case is vital.

A drug trafficking charge can result from transporting, buying, or selling any controlled substance or illegal drug. This includes marijuana, cocaine, methamphetamine, prescription drugs, ecstasy, and hallucinogens. Some of the common federal charges include:

Sometimes you can't fight them.  Sometimes the government has evidence against you. Maybe they've got you on a wiretap, for example, and the wiretap is good.  They applied for it the right way.

Your rights aren't violated, and you're good as far as deciding whether to fight the case.  Our federal criminal defense attorneys will review this topic in more detail below.

What Type of Evidence Does the Government Have?

When you talk about strategies on how to fight the case, you first have to look at the following crucial factors:

So, we need to see how the arrest went down, what evidence they have against you, and how they got you in deciding how to fight the case.

One crucial factor in determining whether a case involving drugs is a sales case or a possession case is the quantity of drugs seized. However, it's more challenging to convince a jury or a judge that a defendant possessing a massive amount of narcotics did so purely for personal use reasons.

What About Wiretap Evidence?

In many drug cases, they can track things, throw out a big net, and capture many people through wiretaps.  What they do is:

For example, if they hear on the wiretap that someone is going to drop off 5 kilograms of cocaine, they'll get involved in that transaction.

They'll grab the 5 kilograms and confirm that they were removed because many times in these wiretaps, people are talking in coded language and thinking that the government doesn't realize what they're talking about, so they need to confirm, yeah, it is 5 kilograms of cocaine.

They seize it, take it, and arrest the person who had the cocaine.  And a lot of time, if it's extensive surveillance, a big operation, they'll end up letting that person go, or they'll have that person get a court date in state court.

What About Drug Conspiracy Charges?

Then, many times the case is not filed, and that's because they don't want to turn over all of the information to the defense attorney. After all, they will give it to the client, and the client will then tell anybody involved in the drug conspiracy what's happening. So people will not operate anymore, and they won't be able to gather more information.

So, you often see people getting court dates, and then they never file any case until months or even years later when they want to arrest everybody at the same time so they can throw out the big net and capture everybody.

Why Do You Need to Review the Circumstances?

So, we've talked about wiretaps, illegal stops, and illegal searches.  Sometimes, based on the evidence, they can't prove that you knew that you were moving drugs.

Sometimes somebody is given a bag.  They're not provided information on what's in the bag.  They're going to look at the surrounding circumstances in determining whether or not they can prove that you knew or reasonably should have known you were moving drugs.

Nobody gets paid $2,000.00 to take a bag from point A to point B unless something is going on inside that bag that arguably may be illegal, so it depends on the facts and circumstances surrounding your case.

And we're going to look at what evidence they have against you and how we can attack that evidence.  How can we show they can't prove that evidence?

Usually, whatever evidence they've got, if they can prove it, they've got you for the case.  So, if we can attack it, upend it, and show other innocent reasons for it, we might be able to fight and win your drug case.

Because that's really what it's all about.  If you can't fight and win in a federal drug case, you need to work out a resolution with the prosecutors because you lose a lot by fighting a case if you don't win.

You don't get acceptance of responsibility, so you lose three levels there.  Prosecutors, much time, supersede indictments and add additional charges when they see that someone is going to fight the case.

This means they're going to try to get as much time as they can and make it as painful as possible for you to fight your case and lose because that takes time and money to prosecute you.

Long story short, if you need the best, you've come to the best place.  I've been doing this for 30 years at the federal level, defending people like you since the early 1990s.

Pick up the phone now.  Ask for a meeting with Ron Hedding.  I stand at the ready to help you. We offer a free case evaluation. The Hedding Law Firm is located in Los Angeles, CA.