Why Is Wire Fraud Generally A Federal Offense?

Wire fraud is a federal offense due to the different jurisdictions that are involved and the sophistication of those types of cases. Anything that involves computers and moving things across state lines, the feds will usually get involved because they have the ability to tackle criminal issues that are both sophisticated and involve different jurisdictions. Our federal criminal defense lawyers are providing an overview below.

If the crime is a wire fraud federal case, then law enforcement, the FBI, and Homeland Security will use certain methods to be able to figure out what the person did. If it involves high dollar amounts, the feds get involved because the state government and the state local law enforcement agencies don't usually have the resources and time to track and successfully prosecute some of these more sophisticated wire fraud related offenses.

There are a lot of wire fraud cases at the federal level under 18 U.S.C. § 1343, much more than at the state level, and it's usually because it involves a level of sophistication. The federal government also has more manpower than the state government to track these crimes successfully and prosecute them.

Any time money is being moved from one bank account to another in an illegal manner, the federal authorities will be in charge of wire fraud. For example, I've seen some schemes on the Internet where people are tricked into spending money from their account and transferring funds into the thief's account. 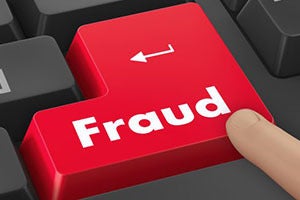 This would fall in the category of wire fraud. Another example is when criminals launder money by using an innocent person's bank account. The innocent person is given a check of about $5,000, they run that through their bank account, take the money, they get a little piece of the money for their trouble, and the criminal takes the rest of the money.

Meanwhile, the original owner of that money, who's an unsuspecting victim, loses their money. Thus, the authorities are going to pinpoint that activity as wire fraud because the money was wired from one place to another. It was also done with criminal intent. Anybody that was part of that scheme and knew what was going on can be charged with wire fraud.

We usually see wire fraud crimes where bank accounts are being used to move money that is part of a criminal enterprise. The criminal enterprise can be drugs, some sort of trickery on the Internet, or somebody who is working at a big company that's moving unauthorized money from the company into their own account. These kinds of activities are considered wire fraud.

Charged With Wire Fraud In A State Where You Don't Live

If you move money from one location to another, both states can charge you with wire fraud. If they can prove that the money passed through their state and that the source of the money was involved in an illegal criminal activity, that person can be charged with wire fraud. This is a situation that is ripe for the Feds to get involved.

For example, Los Angeles Police Department is not going to be able to operate in another state. All they'd be able to do is call the other state's agency, tell them about the situation, and see if they will cooperate.

The federal authorities have authority everywhere in every state. The FBI in the state where the mail or fraud is occurring can intercept the package and deal with the criminal activity that is going on.

Can I Be Convicted Of Wire Fraud If I Didn't Receive Any Stolen Money?

If you didn't receive any stolen money from mail or wire fraud, a conviction would depend on whether the authorities can prove that you were involved in the illegal activity. In other words, did you conspire with others to become involved in some sort of illegal activity?

When it comes to conspiracy theory in mail and wire fraud cases, this allows the authorities to cast a much wider net to catch people. Not everybody has to do every aspect of the conspiracy. For instance, if someone mails drugs from one state to another, and the person mailing the drugs has an agreement with the person who's receiving the drugs, both parties can be charged for mail and wire fraud.

Since both parties know that the illegal drugs are going to be sent, and even though each person doesn't do every aspect of the crime, because of the conspiracy theory, both parties can be charged equally in that scenario.

Are Wire Fraud Charges Tacked On To Other More Serious Charges?

Depending on the circumstances of the case, mail and wire fraud charges could be tacked on to other more serious charges. If somebody is mailing large sums of drugs through the mail in addition to mail and wire fraud, they could also be charged with trafficking drugs.

There's a whole host of different charges that can be filed depending on the circumstances. Let's say that somebody works at a big corporation and they divert a million dollars into somebody else's bank account in another state. In addition to mail and wire fraud, they could also be charged with some sort of an embezzlement or theft related offense because they're stealing the money from their employer.

Let's say that they also use the stolen money from their employer to buy drugs, sell them, and move them across the country, then in that scenario, they'd also be charged with trafficking in illegal narcotics. It really depends on what they're doing and how they're effectuating their crime.

It also depends on whether other crimes are being committed in addition to mail and wire fraud. But, the authorities don't need other crimes. Usually, in mail and wire fraud cases , that type of criminal activity is going to be enough to subject the person to some serious criminal penalties depending on the amount of the loss to the victim.

Also how vulnerable that victim might be, the impact to them, their company, and business, and how sophisticated that particular person is in accomplishing the mail and wire fraud activity.

You should get an attorney right away if you are entangled with mail and wire fraud. An attorney can do damage control and make moves in your best interest.