What Happens Pre-Filing in a Federal Criminal Case?

This is an important aspect of any federal case and that is, what the federal government agents are doing before the case is even filed.  I get a lot of clients who come to me pre-filing at the investigative stage and they're really not sure what to do.  They know that the feds are investigating them.

They've either tried to talk to them or have talked to them.  They've reached out to people that they know, witnesses, their employees. So, the person gets wind of the fact that the federal government — the FBI, the DEA — or whatever federal branch — Homeland Security, the Secret Service — are investigating them and instead of just burying your head in the sand, obviously what you want to do is hire a federal criminal defense attorney to defend you right from the beginning.

Retain a Federal Criminal Lawyer Early in the Process

There's no reason to wait because while the government is building up evidence against you. You want to hire a defense attorney on your side doing whatever can be done on your behalf, and even if that means just reaching out to the agents, talking to the prosecutor, letting them know that you're represented.

That's a crucial piece of the puzzle when it comes to a federal criminal case because now the prosecutors have somebody to talk to.  They can go to your attorney and say, we've got the evidence to arrest your client.

We've got the evidence to prosecute your client and then they can have a discussion about how that's all going to go done versus they just come to your home or work, bang your door down, take you away, and now you're in a panic state and alert as far as how you're going to defend yourself, how you're going to get out of custody while the case is pending.

If you have an attorney right from the beginning, that really puts you in a strong position to be able to try to get out — try to arrange something with the prosecutor so that you can be in the strongest possible position versus being in a weak, out of control, scared position.  That's crucial when it comes to defending a federal criminal case.

Also at the pre-filing stage you can do your own investigation.  I talk to my clients all the time.  A lot of times we will get witnesses lined up.  We'll talk to them.  I'll use my investigator so we can get statements, preserve them, lock them in and even give them to the prosecutors in certain situations. 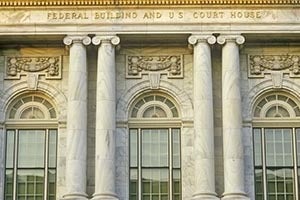 Obviously, you yourself don't want to talk to the federal agents, FBI or whatever federal agency is trying to talk to you or investigate you.  You want to use your attorney to act as a buffer between you and these agencies.

Let them talk to the agents and find out what's going on.  Obviously, an attorney who knows what they're doing, is battled-tested, savvy, is not going to give any information that can incriminate you.

You on the other hand, not being familiar with the system, may do or say something that incriminates you.  I can't tell you how many times people think they're going to out-smart the federal agents.

These guys are specially trained and a lot of times they'll even mischaracterize what you said or give some interpretation of what you said that is not accurate or correct, but it's too late.  The bell's been rung.  The cat's out of the bag.  You're now being charged with a federal crime.

They're using your own statements against you.  That's the worst position to be in because a person's own statement is usually the most powerful evidence that the government can get in a criminal case, so you want to make sure you don't help them in the case.

Sometimes your defense attorney can kind of show the other side of the equation and prevent a criminal filing.  Other times a criminal filing is inevitable, but you'll want to have your attorney there to try to brace the impact of that investigation.

Your lawyer can also brace for the impact when they come to arrest you of how you're going to be treated and what position you  might be put in by being arrested, being taken away from your family and your job.  You want to make sure your attorney is right there to be able to do whatever is necessary to properly defend you.