One big thing that a lot of people talk to me about when they consult with me about their federal criminal case is they want to know what motions I'm going to file on their behalf.  One thing that I think you have to realize right from the beginning is that all federal cases are not the same and motions in federal criminal cases are only appropriately filed if you have a good issue that requires a motion to resolve it.

Sometimes it's a case where a motion simply is not applicable and doesn't make any sense.  You can't just force a motion in there and hope the case is going to be dismissed because of it.  It's got to be a situation where a motion makes sense. Our federal criminal defense lawyers are providing an overview below.

And if was not a legal stop or a legal then we're going to file a motion to suppress.  We're going to say that they violated your Constitutional rights pursuant to the Fourth Amendment and we're going to try to get the case dismissed.  That's how we handle cases when he police illegally stop you, illegally search you and you're looking at that evidence being used against you.

But if on the other hand, there's no unlawful activity by the police, then it doesn't really make sense to file a motion in your case.  That's really the first thing you're looking for is, did the police do something that was unlawful?  And if they did, let's say they took your statement and they didn't read you your Miranda rights.  You were in custody.

They were asking you direct questions and they're trying to use that statement against you and let's say that statement is the best evidence they have that proves you were involved with a crime, and if you would have had the chance to Monday-morning quarterback it and think about it, you would have never made a statement like that. 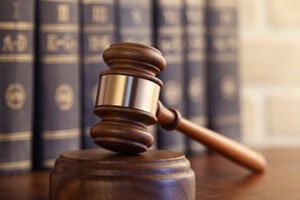 So, if you're looking to file a motion in a federal criminal case, we're going to sit down and go over everything.  We're going to see exactly what evidence the government has against you and we're going to look at each piece of evidence and see if the evidence was lawfully obtained.

If it wasn't lawfully obtained, then we may be in a position where we can file a motion to try to suppress that evidence that was seized and argue that it cannot be used against you in a criminal case.

If we can be successful with that, a lot of times that's the only evidence the government has against you and we're in a very strong position to be able to argue to block that.

If we look at the evidence that they have and it's not unlawful evidence — let's say there's witnesses that allegedly see you commit a robbery or let's say that there's surveillance being done in public which is perfectly lawful, then we may not have that same argument — a motion won't be applicable.