How Can You Get Your Loved One Out of Federal Custody?

When somebody is searching for an attorney because they have an individual – whether it be their family member, acquaintance, friend – whatever the case may be – maybe it's their significant other – has been arrested for a federal criminal case. 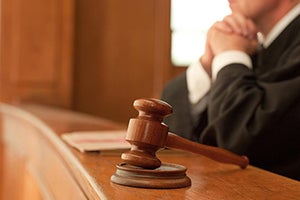 They're trying to figure out how to get them out of custody; it's not always easy.

Unless you've been involved in a federal criminal case before, you wouldn't know what it takes to get a person out of custody because it's not like a state case.

Many people have more general information on a state case.  You hire a bail bondsman, and they charge you money which is called a premium.

Sometimes you have to put up some property, and then you can get your loved one out relatively quickly, assuming you've got enough property equity and the money to pay the premium.

In the federal system, it's different.  There are a variety of different ways to get somebody out.  The first thing that happens is that a person gets arrested and is brought into federal court relatively quickly.

You want to get right on getting an attorney because the attorney can help coordinate getting the person out.  Our federal criminal defense lawyers will examine this topic in more detail below.

What is a Federal Property Bond?

Using a bail bondsman who knows how to do that is the fastest and most efficient way.  You pay them their fee, and they'll get it done relatively quickly to get your loved one out of custody.

I often try to see if a judge will let the person out while the process is going out to post the bond.  Sometimes they won't do that because they're afraid the person will run away before the bond is posted. So, that's one way, as a federal property bond.  You'll get in at the initial appearance.  Get your attorney right away.

What is a Federal Signature Bond?

Another way to get out in addition to the property bond is through a signature bond.  For example, let's say they agree that a family member like you can sign a $25,000 signature bond. 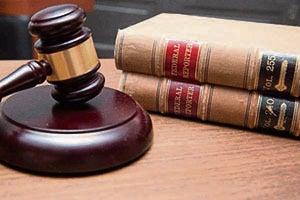 All you're doing is saying, if this person doesn't come back for court, I will be on the hook for paying $25,000.

If the person shows up to all their court appearances and you know they're reliable, you won't end up paying anything.  You'll have to fill out some paperwork.

Sometimes, they'll make sure that you have a job to make money to pay back the bond if the person fled.  So, that's another way to get somebody else.

Then the person can just be released on their own recognizance on a promise to appear bond where they agree to appear every time, and if they don't appear, a warrant will be issued for their arrest.

That is no money out of pocket.  That's not easy to get in federal cases because they usually are serious, so they'll want some collateral to get the person out, whether it be a signature bond or a property bond.

If you're looking for an attorney, I've been doing this for almost 30 years.  Pick up the phone.  Make the call.  Ask for a conversation; at least, we can meet with Ron Hedding.  I'll go over everything with you.

You can tell me what your person has been arrested for.  If you don't know, if you don't even have an idea, we can get ahold of the authorities and marshals and find out which court the person is being taken to and what they're charged with, and of course, we will need other information like their criminal record.

Do they have any prior failures to appear?  What is the government attorney's position as far as them getting out?  Sometimes I can reach out to the federal prosecutor and convince them to agree to let them out on some terms.

The last thing that can happen is that your loved one could be detained.  What that means is they can't get out.  They're in custody while the case is pending. 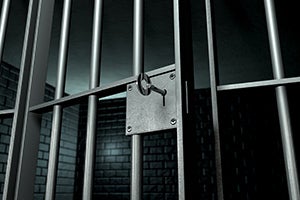 Usually, why I see people getting detained when they're charged with real serious crimes – many times, crimes that have a mandatory minimum sentence.  A good example is federal drug crimes.

Suppose someone's caught transporting kilos worth of cocaine, methamphetamine, fentanyl, or some other drug – that person is typically facing a 10-year minimum.

If they're caught with a gun and drugs, there's an additional 5-year mandatory minimum.  So, under those circumstances, the prosecutor will say this person is a flight risk.

They don't want to get 10 or 15 years and serve at 85%, so that they may run away.  They may flee the jurisdiction, so they should be detained.  That's something your attorney will argue, and the judge will ultimately make a decision.

What are the Some Common Federal Crimes?

What is a Federal Probation Report?

The probation department is one last piece of the puzzle regarding determining whether somebody stays in custody in a federal case.

They will report to the judge at that initial appearance, so I will often hook the family up with the probation person.  I'll track down and find out who will be in charge.

Give them the phone numbers and information so they can call the family, report, and find out about the defendant.  So, in addition to talking to the person in trouble, they will speak to you as their significant other, for example. 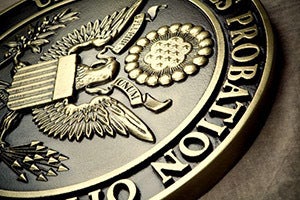 Find out where they live, their job, and how much money they make.  Whether or not you believe they would be a flight risk.  Find out what property and funds the person has to write a detailed report for the judge.

They'll also run the person's criminal record so the judge can see if they've ever fled in a criminal case before.  If they have any record, they'll check to verify whether or not it's a mandatory minimum case.  They do a slew of things before writing their report for the judge.

So, if you have a loved one or someone you're trying to help in custody in a federal criminal case and want to get them out, start with hiring an attorney.

That is crucial because getting somebody out doesn't fix the problem.  They still have the criminal case.  You want the attorney to immediately start strategizing how to get them out and deal with the case.

So, if you need the best, pick up the phone now.  Ask for a meeting with Ron Hedding.  I stand at the ready to help you. The Hedding Law Firm provides legal representation across the United States on federal criminal issues. Contact us by phone or fill out the contact form for a free case review.