When Should You Take Your Federal Criminal Case to Trial?

This is an important question because a lot of times people don't want to plead guilty.  They don't want to go to federal prison and serve 85% of the time and the bottom line is, they don't feel like they've done anything wrong.

You don't want to take a trial to lose because then you lose a lot of benefits that you can get by working out a plea bargain.  You get three levels off for acceptance and responsibility.  A lot of times you're not going to have to plead to all the charges.  You just put yourself in a much better position not to get some huge sentence if you work out a deal with the government.

But the bottom line is, you shouldn't have to work out a deal with the government if you're innocent. So, you really need to huddle up with your criminal defense attorney and talk about all the evidence the government has against you, that they're going to use against you t try to convict you and the defenses you have to that evidence and the evidence that you can bring to bear.

Then you have to have a sincere frank discussion with your attorney and listen to your attorney.  I tell people what I really think.  I give them an idea of how I think the prosecutors might be able to beat them and I give them idea of how we might be able to beat the prosecutors and a lot of times it might even come down to the criminal defendant.

In other words, I may say listen, you're going to have to testify in the case in order for us to be successful and if your testimony comes off solid, if it makes sense, if you sound believable and credible then you've got a good chance to win this thing.

If on the other hand, it sounds like you're not telling the truth, you're not giving all the information and you're not credible and you say something that the jury doesn't believe, then I'm going to be saying it's probably not a good idea to go to trial because you're not going to cone off in the best possible light that we need you to in order to be successful.

Reviewing The Strength of Evidence Against You 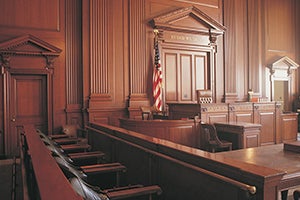 I challenge prosecutors all the time because I want to hear what they're going to say when I say to them, I think your case is weak.  How are you going to prove this thing against my guy?  You've got problems in this, this and this area.

Then I shut up and listen and I'm going to get something back.  Trust me. If they've filed the case and they're on it and these guys are sophisticated, they're going to come back and give me an idea of why they think they can win the case.

I'm going to take that information back to my client and say, this is what they're saying.  This is how they're going to attack you.

Here's the evidence they have to do it.  Here's how we're going to respond with our evidence and then my client and I really have to evaluate.

Okay, once the jury hears both sides what are they going to do?  In other words, we've got the presumption of innocence on our side, but the government has probably spent considerable time and energy investigating the case.  They wouldn't have filed it if they didn't think they had some good evidence against you.

These are the types of things you have to evaluate whether or not you're gong to take a case to trial and win, because to me, I don't want to go to trial if we're not going to win, because I'm not going to suffer the consequences.

My client is.  So, I'm looking at this thing from the perspective of either we can win it or we're not going to trial unless you can win the case and beat the government and a lot of times we can do that, but we need to have the evidence and we need to play it the right way.

We need to have the right strategy and we need to do everything we possibly can to get you that result so you don't face the other end of it, which is the federal judge sentencing you after you didn't work the case out with the government.

What is a Federal Indictment?
Why Would A Federal Prosecutor Offer A Plea Deal?