What is Necessary to Prove a RICO Federal Indictment?

This RICO charge is a very serious one and a lot of times when I see people getting wrapped up in a RICO charge it involves multiple defendants.

A lot of times we will see gang members getting caught up and charged with RICO charges and in a lot of these cases, they're facing the rest of their lives in federal prison.

Federal prison for gang members is not good because they're not able to do as many things in the federal prison as they are in the state prison.

So, the feds, a lot of times, have the sophistication and the assets to be able to prosecute some of these major RICO cases.  The state simply doesn't have it. 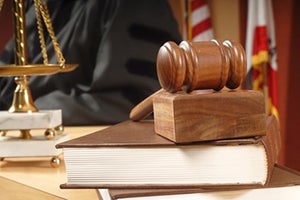 There are special teams of federal agents and prosecutors who investigate RICO cases.

So, there are specific teams of federal prosecutors and agents who work together to prosecute these RICO cases and they will target a group of gang members. For example:

The feds will use wiretapping in order to get to them.  They obviously will use surveillance techniques.  They will use informants.

All of these weapons are available to federal prosecutors and agents, and sometimes it takes a year, two years, three years, four years, for them to put their investigation together.

However, once they do, they don't just arrest one person, they arrest everyone involved with the RICO charges pretty close to the same time if they can so word doesn't get out so people flee to Mexico or different locations.

Now, they have a whole slew of people arrested and being charged at the federal level with RICO charges.

I've seen as many as 70 gang members or gang associates all charged together.  All being prosecuted in one case with two or three prosecutors, a whole host of agents and a bunch of evidence.

So, they really put these cases together before they go after the participants in the RICO case.

So, if you or a loved one has been swept up in one of these giant nets and are being charged with RICO charges and other related charge, whether it be drugs, conspiracy charges, or murder. 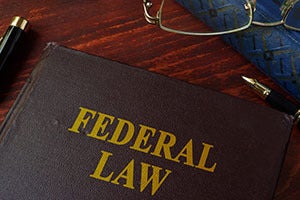 Federal RICO charges can involve many types of criminal activity, such as drugs, conspiracy charges, or murder.

There's a whole slew of related charges that go into these RICO convictions.  What it really does is let the government put out a huge net to grab people.

So, a lot of players are saying, I didn't do that; I didn't do this; I had nothing to do with that. But, if you're part of the gang or organization, for example, and that gang is:

Whatever the case may be and they can show that your part of that gang and part of what's going on, they can sweep you up into the net and use a conspiracy theory to say, this guy agreed.

He was part of it.  He's part of the gang.  He knew what they were doing.  He helped them, and therefore, he doesn't have to do every single element of a particular act.

He just have to be part of the agreement, part of the conspiracy, and then we can tie him into the RICO charges and other charges related to him and prosecute him.

A lot of times juries buy into this.  If you guys are going to do this type of stuff, we don't really care that you did every single act necessary.

Call our federal criminal lawyers to learn how we can help you.

So, you want to get a defense attorney who's got experience who has handled these cases before.

One who can either single you out and show that you're not involved and they don't have enough evidence or try to work out some sort of a resolution on your behalf.

A resolution that takes into account your family, your job and all the things that you hold very important and what you could lose when it comes to these very serious RICO charges.

So, pick up the phone now.  Ask for a meeting with Ron Hedding.  I stand at the ready to help you.