Can Playing a Minor Role in a Federal Criminal Sentencing Help You?

When it comes to sentencing at a federal level as it relates to criminal cases, one of the key things that you and your attorney want to try to do is obviously, give all of the mitigating information related to you and your circumstances and this concept of minor role and definitely help in that.

As you may probably already know, if you're in the middle of your federal criminal case, the lower your levels are the less sentence you are potentially facing from the judge.  One way to get a couple of levels knocked off your sentence is if the judge finds that you played a minor role in the subject offense that you're being charged with and what that has to do with is not being a leader/organizer; not having decision-capability in the case and a host of other important factor that either do or n relate to your particular situation.

A perfect example where a minor role can be argued is in a drug organization where a number of people are arrested and one of the parties is simply a mule who moves the drugs from one point to another, doesn't even know what type of drugs they are and is being paid a very small fraction of money a compared to what the leader/organizer of the drug organization is making, or even other players who are selling the drugs and making a profit off that.

So, what you're doing is comparing the role and the offense to other people who were involved in the offense.  If it's just a single offense and the person is all alone, minor role is not going t be applicable.

When it comes to federal sentencing there are a number of different factors that a judge will be looking at in deciding what the sentence is going to be.  Ultimately, judges at the federal level have the discretion to give whatever sentence they deem appropriate as long as they consult the sentencing guidelines and obviously review all of the paperwork related to the matter and hear the parties talk and make their argument, but ultimately, the judge has the final say so. 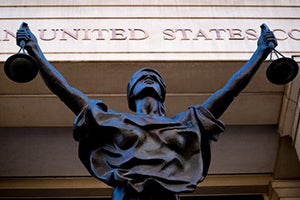 But this minor role is definitely a nice weapon for a federal criminal defense attorney as it relates to a federal case because it's just one more factor that can be utilized to try to get your client the least possible sentence.

What ends up happening is, when you're arguing this minor role in a federal case, you're comparing yourself or your client if you're the defense attorney to other individuals in the offense.

So, obviously if you have ten individuals in an offense, for example, and nine of them are more responsible, doing more, have more discretion as far as making decisions than your client.

So, this is one area that can be utilized in the right case and if you have a federal criminal case pending you're going to want to sit down with your attorney and let them know your role in the offense and obviously give them other people that might have been involved in the offense so they can help you to try and get the lowest possible sentence.

Another good source, believe it or not, in order to argue this minor role is the prosecutor has all of the information as well and they can confirm with the judge that yes, you were just a mule in our drug enterprise example in moving the drugs.

You only got $1,500.00 to do it; and there's other parties that made much more money and were much more involved — had much more decision-making authority than you.  That would certainly be a strong argument if the prosecutor is willing to give that information.

A lot of times they really don't have any choice because when you argue the minor role at the sentencing, the judge will turn to them and say, did he give him the accurate information here?  Did this person just play a minor role?  Is that what they did?  What about other people.

Also, another entity that can be beneficial in gathering information to be able to argue this minor role is the probation department.  They're going to prepare a report for the judge evaluating the facts and circumstances of the case, talking to the defendant and talking to the prosecutor, so a lot of time they will gather the information and ammunition necessary to make the minor role argument.

Even though I don't see it a lot, I do see sometimes that they even indicate to the judge that they feel that a particular defendant played a minor role in an offense, and obviously that makes it much more likely that the judge is going to grant that departure and take those two levels off in a federal sentencing.